Posted on 8 diciembre, 2019 by goldentertainmentmexicoAdmin 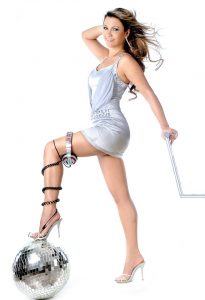 Biografia
Born on november 27th in Guaira a small town in Southern Brazil.
Nathia Kate always had a passion for music. Inspired by the dynamism and euphoria of the early electronic music scene in Europe and north America.
She merges the power of international icons such as Paul Van Dyk, Armin Van Buuren, Sean Tyas, Simon Patterson with Latin-America warmth and passion.

Fans and friends describe her as a talented, attractive and very comitted dj that inspires with her passion for the music and love of fans.

Nathia Kate have aiming to make her very own contribution from Brazil to the Global Trance Scene.
Having rocked crowds across the world: Mexico, Germany, Spain, Italy, England, Switzerland…